OK – so we got the RV and headed inland – great driving by Lynne and good navigation by Teva – We are now in the back of …… somewhere I don’t know – but it’s cool – I just saw a 13-year-old girl eating an ice-cream(half of which was running down her front) run across the playground yelling ‘Maverick doesn’t disrespect ya mama’ to which he turned around and replied ‘sorry mama’ Typing this at a BBQ table – BBQ smoke chokes the air everywhere and John Cougar Mellencamp so loud it hurts ya ears playing ‘it hurts so good’ – fun times !!!! Lady in an orange top that says ‘vote trump’ just yelled ‘I am not drunk I’m just old’ she has now actually passed out – well ‘backwoods sleeping’ as we call it. And its not even 6.30 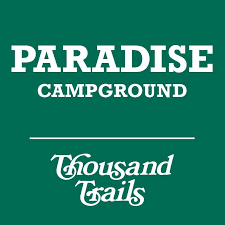 We woke to the sound of coyotes howling at sunrise, the sun beating off massive bright orange boulders and dark coloured lizards being scattered by rabbits playing tag. Today we woke in a dust bowl in the arse end of nowhere. Where trains run every fifteen minutes and the inhabitants of the are RV ground are either hugely overweight and scarily thin. Should have guessed it was more on an off-season resident’s trailer park because of the mounds of empty beer cans – massive cable TV dishing, the extent of some peoples vegetables gardens and rusted neon palm trees. As we lay in bed last night listening to the 10-year-old playing with her brother at 12.15 as the redeye train roared past – I am sure I heard the dad speak through a bourbon glaze and missing teeth –‘OK Becky Sue that’s enough stop playing with ya brother and back to your own bed’ – note to self – never be fooled by expensive-sounding name of an RV Park – Paradise trails has still a long path to go.