When you do something on a regular basis, with that repetition often comes boredom. That can’t be said of Tahiti. Every year I get invited to shoot at Teahupoo, every year I wonder will it be better than the year before, will there be waves, will it rain, will the sun shine, will I drown, will I get killed on the 45min drive of terror from town to the end of the road. 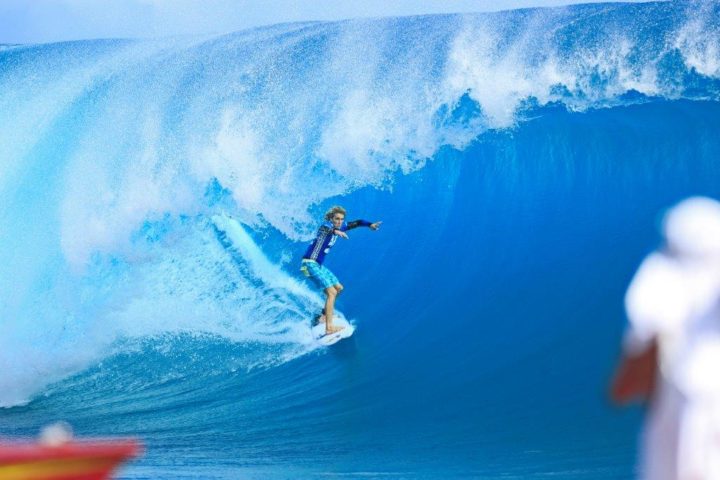 Some years it has been almost flat, some years like the year aptly named Code Red it was as big as waves get anywhere in the world. But every year offers something new, something different. This year we were blessed with great waves, sunny days and perfect conditions. To be 100% honest it is really not about the competition, it is about the setting, a vibe, the experience and the people. Teahupoo is God’s perfect arena for sport, a natural amphitheatre of action, everything O so close, with huge waves breaking that close to the boat, you can see the look of horror in the eyes of those paddling and you can hear clearly the scream of success and the curses of failure. 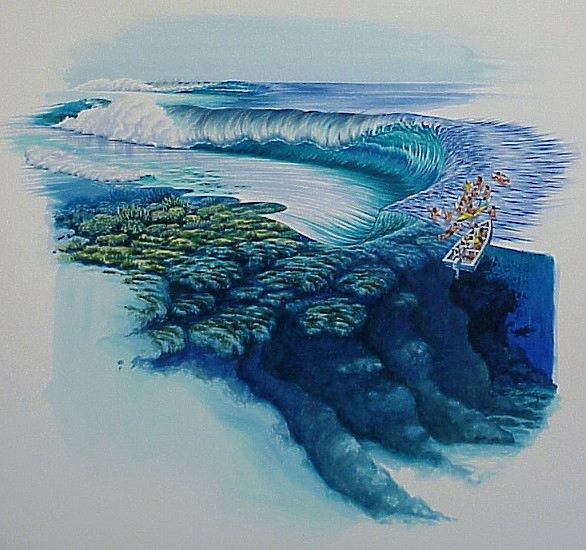 ?
Teahupoo seems to mean many things and often quoted as meaning: The end of the Road, Broken head, Shaved head or Wall of skulls etc but the translation I prefer is one by Peva Levy.

According to Peva Levy, local Tahitian historian, Teahupoo is in fact the name of the place, not the name of the break! The name of the reef pass created by the river that collects the waters from the mountains behind the place is “Havae”. It is quite a wide and deep pass compared with the normal reef passes. The name of the actual break, the break where you see all these incredible waves in photos and videos is “Pererure”, and it has its own legend as well. 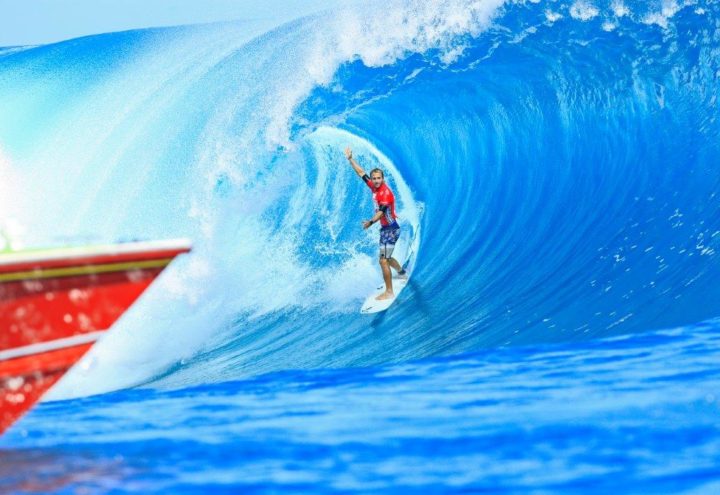 It tells the story that the first surfer to ride waves in Pererure (for us Teahupoo) was in fact a girl! She was a very beautiful and brave Tahitian female called “Vehiatua”! Vehiatua means “Cult of God”! Vehiatua managed to control the power of these incredible yet dangerous waves and surf them with grace. Because the place was very dangerous the girl named it “Pererure”. Teahupoo’s chief became very jealous of Vehiatua’s ability to surf such dangerous waves that he ended up killing the girl – expecting to absorb her skills to master the art of riding Pererure’s waves. He tried many times but he was never capable of riding the waves of Pererure. The chief was eventually killed by the girl’s family in an act of revenge. But the wave that the world now calls Teahupoo, is in fact called Pereure.

But regardless of what you call it, it is impressive and possibly the most impressive of all waves in the world. In a world where video and images capture every moment of every action and spews it forth instantly on every platform, Teahupoo has been recorded in its many and variable states from small and majestic to giant and powerful. I guess like the sea it is ever changing but even in its calmer moments there is a level of expectation that a monster is just sleeping. 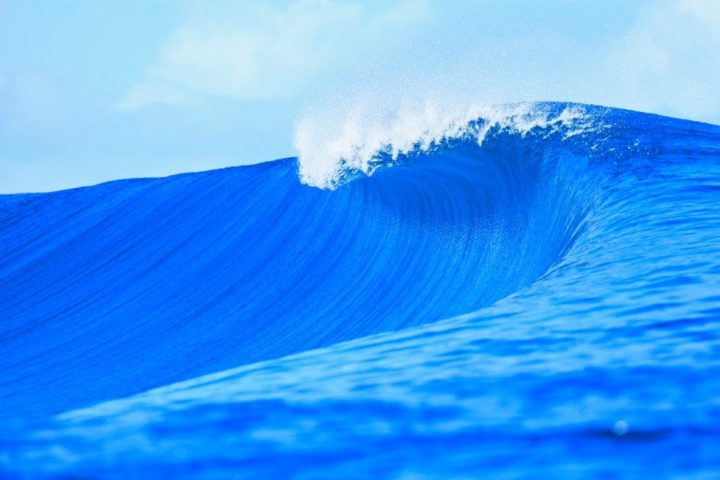 Although the waves are amazing and the setting equally so, one thing that always leaves you with such an impression about Tahiti, is the people. Tahitians like many of the South Pacific people are very outgoing, unlike many of their western counterparts. If you paddle out at any break in Tahiti the locals will paddle up, say ‘Hi’ shake your hand ask you where you are from and call you into waves. That does not happen in New Zealand. In New Zealand you’ll get stared at, ignored, harassed, and the locals will do all in their power to stop you getting waves. The Tahitian attitude is not just on the water, if you make an effort to respond in like, soon you will asked home for dinner, and you’ll be drinking beers under a palm tree with your new friends. I know it was a completely different scenario – and the young women dressed in just a grass skirt were possibly the biggest draw card – but you can see why the Bounty crew had such a difficult time leaving this island.
As well as welcoming and a generous way of the being, Tahitians also have a blend of ‘island time’ and ‘everything will be ok’ view of life. As you are bobbing about in the channel at Teahupoo and everyone’s life is on the line due to rouge waves, you are well aware that the boats – as with many things in Tahiti – are expensive. But the proximity to each other, the number of people in the water, the ever present surge – boats collide and sometimes hard enough to punch a hole. Now if this was New Zealand in the same way we have road rage there would be chaos, there would be abuse, swearing, legal action, fist fights but the Tahitian view seems to be as long as you are not sinking ‘its ok’ and it is a phrase you will hear a lot ‘its ok its ok’ followed by a wave of the hand and a rise of the eyebrows. I asked our boat driver about his attitude and his reply was simple ‘what you gonna do if you cause a problem how is it gonna fix the hole?’

There are a lot of things that make up a destination – the weather, the scenery, things to do, the food, the culture but the main thing that makes up any destination is the people. The people of Tahiti are truly unique, I am sure it’s that mix of French and Polynesia, a real deep pride in who they are and where they are from. A real love of their culture and not just a show for the tourist, a love of culture a real deep and meaningful link to the past and present. I am sure like everywhere they have their issues but every time I travel there I try hard to bring a little bit of that attitude back with me. And when that guy steals your parking space or pushes in front of you at Countdown, a little taste of Tahiti comes to my lips and ‘it’s ok, it’s ok’.